What is matter and existence?

Metaphysics (philosophy of matter) is a branch of philosophy pertaining to existence, nature, and the universe – how everything got here and where it came from. There are many sub-categories of metaphysics, the most mentioned being cosmology – the study of the cosmos – how did the universe begin. Metaphysics deals with the origin of life in its most minute forms (quark) or its most vast and expansive form (the universe) this element of our world view is hotly debated between theists and atheists today.

Select each of the terms in the circles below to reveal in the large center circle, how each of the following metaphysical worldviews define matter and existence:

Monism – Everything is composed of one fundamental kind of “stuff”. All is one without division. There is no “mind” separate from body nor anything of a “spiritual” nature

Physicalism – All matter and existence is nothing more than physical properties which are better understood over the course of time by the physical sciences.

All things which are seen i.e. physically detectable are physical matter and along with those things unseen - undetectable physically, are spirit or spiritual and all things seen and unseen (apart from God Himself) are made by God, the visible or seen from the invisible or unseen. All things are created entities by God and are sustained by Him.

Determinism – All things were brought by cause and effect beginning with the Big Bang.

Realism – All things exist independently of our perception, beliefs, reasoning

Select each of the terms in the circles below to reveal in the large center circle, how each of the following metaphysical worldviews try to define what we, as people, are:

Monism: We are a collection of physio-chemical entities like atoms and/or molecules

Existentialism: I am a product of my own experiences and I provide the meaning and authenticity for my own existence.

Physicalism: I am nothing more than a physical construct of physical substance.

We are created beings

from the dust of the earth with body, soul (mind), & spirit. We are born alive in the flesh but dead in spirit. If left in this condition, we die, face judgement and are condemned to eternal separation from God. If we trust Jesus Christ the Son of God, for the forgiveness of our sins, if we die, yet we will live eternally with God.

Materialism: I am material substance only without spirit or consciousness.

Naturalism: We are the product of nature which is the only thing that exists. I do not have a soul or spirit, there is no God or “super” natural existence or phenomena, just nature.

Nihilist - The second definition of nihilism in this case can also be considered a sub-category of metaphysics in the sense that it asserts that nothing in the world has a real existence to begin with and therefore it comes from nowhere and cannot relate to anything as it is not real. Some early strands of Gnosticism might be considered nihilist in approach in that the material is an illusion and only the spiritual is real. Some Chinese traditional religions are somewhat nihilist in a metaphysical sense by way of denying that the pleasures of this life are an illusion and must be disregarded. i.e. Taoism.

Naturalist / Atheist – Evolutionists – Darwinists - currently believe that the entire universe was compacted and contracted into a massively dense dot about the size of a period on this page and, massively expanded and exploded outwardly into beautifully formed stars, solar systems and planets, including one that is perfectly suited to sustain life. Because this particular metaphysical worldview is being pushed on school-aged children as a “scientific” worldview, I would like to point out the following clarifications or “problems” with this worldview that need examination before disallowing all other options or views:

Reductionism – A concept that claims that complex systems whether objects, phenomena, explanation, or theory are nothing more than the sum of its parts. A physicalist may describe the brain in such a way – chemicals transporting thought communications along the corpus callosum etc. – no general view of this

Realism - The doctrine that universals or abstract concepts have an objective or absolute existence. The theory that universals have their own reality is sometimes called Platonic realism because it was first outlined by Plato's doctrine of “forms” or ideas. Often contrasted with nominalism. The doctrine that matter as the object of perception has real existence and is neither reducible to universal mind or spirit nor dependent on a perceiving agent. Often contrasted with idealism (sense 2).

Nominalism - Universals or general ideas are mere names without any corresponding reality, and that only particular objects exist; properties, numbers, and sets are thought of as merely features of the way of considering the things that exist. Important in medieval scholastic thought, nominalism is associated particularly with William of Occam. Often contrasted with realism

Dualism – Two basic entities to life – spirit and material. Spirit is good, pure, right and material is bad, corrupt, and wrong. Some early strands of Gnosticism are dualists.

Various philosophical worldviews will always lead the inquisitor to the same questions:

It is for these questions that we have created this site that visitors may learn of the Biblical worldview which is the most correct and fully answers the three questions above.

Select the graphic below to be taken to a page to learn what the Biblical worldview is:

Take a look at the other systems of belief that comprise your world view: 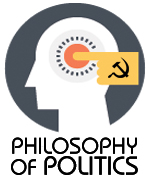 Do you have a question for our staff here at truthforsaints.com? Please go to our contact page and send it in. We will be happy to give an answer to those who ask. Please note that your question may be utilized as a blog entry for the education of others regarding World Religions, Cults, Christian Denominations, or various World Views.

Help to get the word out
about this page: